New HomeFinding the right home for each dog takes time.

Yvonne and Gordon helped our small rehoming charity for many, many years and wrote to me recently. We are very appreciative of all the help they gave, helping many dogs into happy homes and we understand their own personal sorrow.

It was a terrific shock to us when we lost lost both of our Golden Retrievers very unexpectedly  in January this year, within two weeks of each other. It's  the first time since 1973 that we are without a lovely Golden Retriever

Mandy was just short of three years old when she came to us.  We had just lost one of our oldies and were looking for a puppy when we got a rescue call from her owner saying she needed to rehome Mandy as she had two Goldies and a two year old child with another on the way and  was concerned she was too busy to be able to give her a young dog a good life, so no puppy for us then as we adopted Mandy. She was a delightful, typical Golden, perfect nature, lively and chasing her ball to the end. We adopted her in 2009 and we lost her at just short of 15 years old.  She did not have more than one day's illness in her life but went unexpectedly in a sudden  massive fit.

Digby was a different situation. He was about seven years old when he arrived in rescue.  Apparently he was given away over a Golf Club bar to a member who admired him.  This new owner had him for about five years until he died.  His son could not cope with him so Digby arrived in Rescue.  Digby was a lovely dog but had a number of "issues" as they are called nowadays.  We could not find him a suitable home. As is invariably  the case in this situation the rescue officer concerned did find him a   " forever home " he stayed with us!!!!!

Digby was terrified of thunderstorms and heavy rain and when this happened we knew we would be up with him all night .  He was far more sensitive than he appeared and it really took him a number of years before he was totally confident.

His nature was perfect, he did not have any aggression in him.  Even when he was terrified in a full thunderstorm he would never even growl let alone attempt to bite.  He would lay totally relaxed if we had to "doctor any of his  hurts" and when we had finished he was so grateful he would give you a lick in appreciation of our help.

Unfortunately his rear legs started to go due to some nerve problem about a year ago and in January they went totally and the vets could not help at all.    Again he was just short of fifteen years old.

They are both much missed. 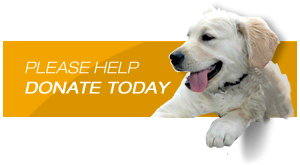 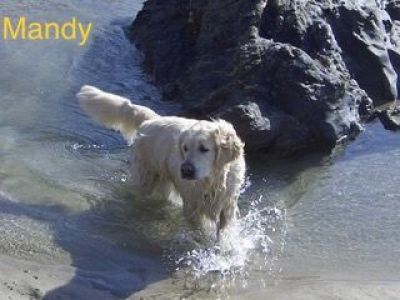 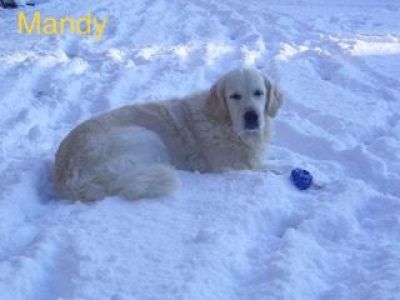 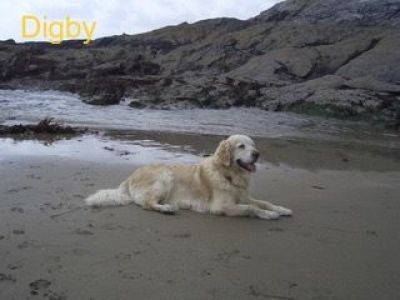 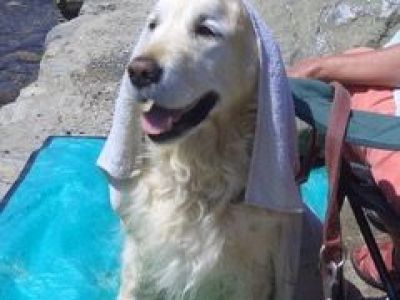